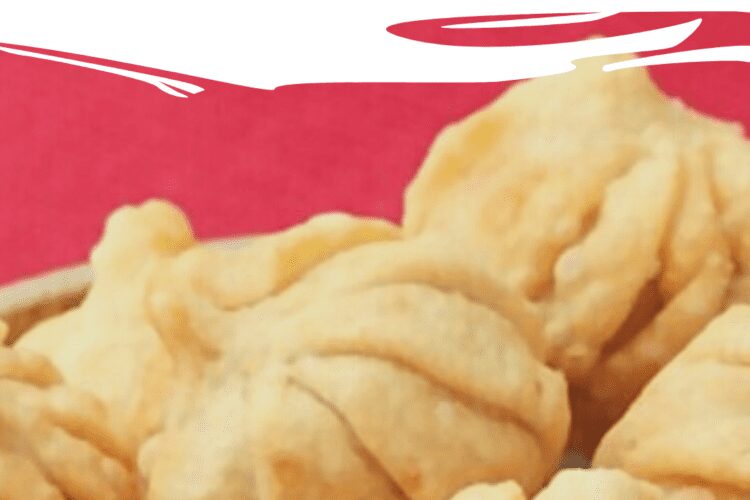 This crispy, delectable Fried Modak is a simple dessert to prepare for the Ganesh Chaturthi Festival. Modak is a sweet dumpling traditionally served at the Vinayaka Chaturthi festival. As the name implies, fried modak is a variant of the popular steamed modak.

It has a crispy wheat flour crust on the outside and a sweet stuffing of coconut, jaggery, sesame seeds, and cardamom on the inside. The fried version of modak is significantly more accessible to prepare than the steamed one.

Modak is a dumpling-like delicacy that is a favourite of Bhagwan Ganesha. While the most popular dessert during the event is steamed modak prepared with rice flour (also known as ukadiche modak), there are numerous more varieties. I make steamed modak or Pathol (Stuffed Rice Sweet) every year during the holiday, the simple sweet Suji Halwa, or any laddu like Rava Ladoo or Besan Ladoo.

This recipe for the outer cover comes from my mother’s Karanji recipe. However, instead of all-purpose flour, I used whole wheat flour. 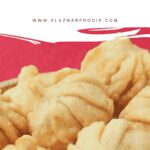 Fried modak is a delicious and famous modak variation served to Bhagwan Ganesha during the Ganesh Chaturthi festival. This recipe calls for a whole wheat flour crust with sweet stuffing.

For the Crust on the Outside

For frying, use as much oil as you need.

Getting the Dough Ready

Putting It All Together And Shaping It

What is modak flour made of?

Freshly grated coconut and jaggery make up the delicious filling inside a modak, while the soft exterior shell is constructed of rice flour or wheat flour mixed with khava or maida flour.

Is modak and momos same?

When it is revealed that the modaks are momos, Gopika (Giaa Manek) and others from the Modi family are preparing to offer modaks to Lord Ganesha and pray for their family’s well-being.