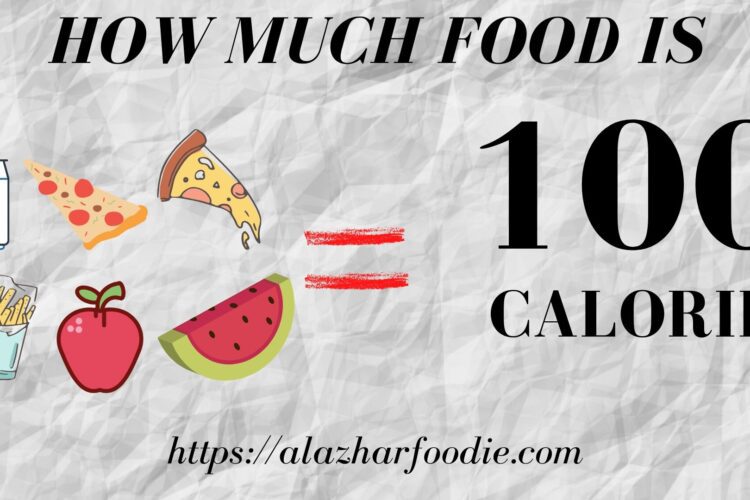 How Much Food is 100 Calories? 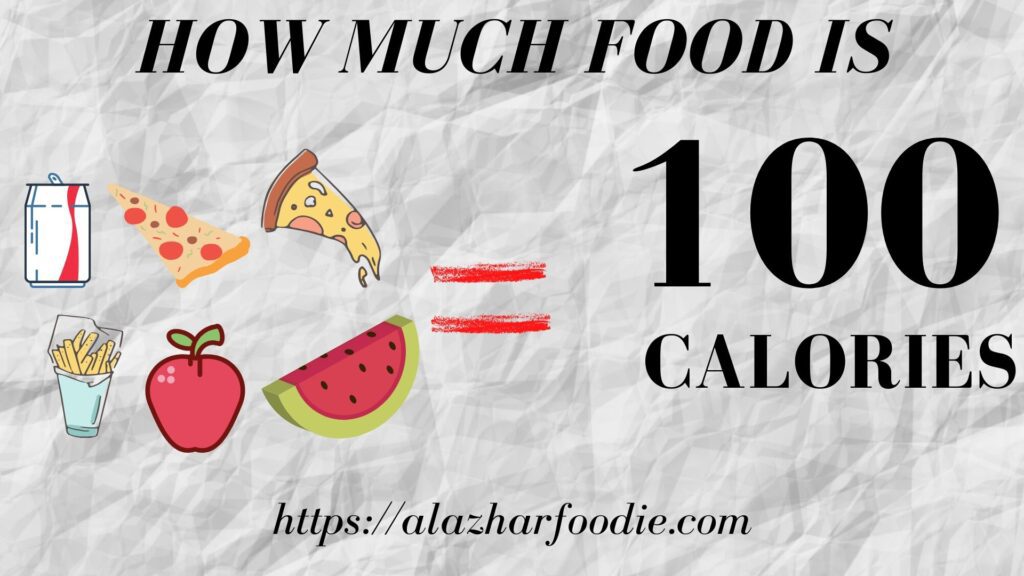 Topic: How Much Food is 100 Calories?

Do you limit your calorie intake? In the U.S., doctors recommend that for adult males, the daily intake of calories should be around 2,700, and for women around 2,200. But there are lots of factors that determine what is a healthy amount of calories to consume, such as your lifestyle – is it sedentary or active – your age, your body type, weight, and height.

There are countless weight-loss theories out there, but most people believe that if you consume a lot of calories and are not very active, your weight will increase. The rule of thumb is, eat a balanced diet and try at least to be a little bit active. Today we’ll look at how you might best balance your calories, in this article of the Holistic Meaning, How much is 100 calories?

How Much Food is 100 Calories?

We’ll start the article on how we start the day, with breakfast. The all American breakfast of two eggs, sausage, toast, and some fruit is in the region of 600 calories. A healthy English breakfast, what Brits sometimes call a “fry-up” according to the BBC, is around 807 calories.

This is similar to the former breakfast but also contains slices of bacon, fried mushrooms, sometimes with baked beans and black pudding. It could be anywhere from 900-1500 calories depending on extras and size. The fried egg alone is about 92 calories and a slice of white bread is about 94 calories without the butter.

You can have two slices of bacon for 84 calories, and one fried pork sausage for about 88 calories. You can see how the cooked breakfast can be quite calorific once we start to supersize, which is often the case with the traditional post-night-out English fry-up. For our 100 calories, we could have two-thirds of a slice of French toast or almost half of a 7 inch round waffle with absolutely nothing on it.

Consider that you have to walk for around 20-25 minutes to burn 100 calories and you realize a couple of waffles with butter, honey, or blueberries is going to take a lot of time-up marching around the park to burn off. But what about a healthier breakfast? A banana breakfast is ok with one average-sized banana being about 88 calories. For 100 calories you could have one large apple, two-thirds of a whole watermelon, or about 24 medium-sized strawberries.

You also get all the nutrients a piece of fried bacon won’t give you. For 100 calories, you won’t get much muesli, only about a third of a cup. You might want some milk with that, and for 100 calories you get about two-thirds of a 9 oz (250 gram) glass of whole milk. This is all rather complicated, so you could just go for a bagel with cream cheese, but with just 100 calories you can only have a quarter of that. For almost exactly 100 calories, you can use the same milk you have in a coffee with two sugars providing it’s a small cup and not a giant mug.

The good news is, you can drink as much water as you like. In conclusion, if for breakfast we start splattering pancakes with goodness or wolfing down mounds of fatty sausages, bacon, and bread, we are overdoing it. According to one health website, if you want to watch your weight, try to go for a 400-500 calorie breakfast, so you can indeed get away with your bagel and cream cheese, a small bowl of muesli and fruit, or eggs on toast. We are having a quick lunch because we only have one hour.

We could go for a salad, and you could have lots of that. For 100 grams – just two nuggets of dubious chicken – you could eat 30 baby tomatoes. 100 calories is also equal to two whole heads of lettuce, or four medium-sized carrots, and more than 2 regular onions. The problem is the mayo, and just a little bit of the stuff on a teaspoon is around 100 calories.

What Food Should Be Given To 6 Months Baby

A tablespoon of olive oil is a little more than 100 calories, so if you are watching your weight, go for vinaigrette and pepper. 100 calories of the former on your salad is way too much, and 100 calories of pepper at around 6 calories per teaspoon would make you feel ill.

For an in-between option you could have a 100 calorie baked potato, or half at least. You’ll want butter with that, though. You could lather it with three pats – those small plastic packages – of butter for just over 100 calories. You could have half a tin of tuna on your potato, too, which is almost exactly 100 calories.

Unfortunately, you couldn’t have very much cheese, as just a one-inch cube of cheddar cheese is about 68 calories. That’s much less than you usually see on a baked potato. Even a cheese slice with a small strip cut off is 100 calories. This pretty much counts out pizza as just a third of a slice of a Pizza Hut pepperoni pizza is a little over 100 calories.

For another 100 calories, you could wash it down with one 8 ounce glass of white lemonade. Stay off the pizza and go for a light sandwich, and your lunch, without a sugary drink, will be around 3-400 calories. That’s still an ok calorie count for the weight conscious. Dinner is where it counts, especially as many people don’t do very much after dinner. Let’s start with a large meal, perhaps the British favorite of an Indian curry.

Well, as it has about 1,500 calories in it, for one hundred calories you could maybe have a small spoonful. These are usually eaten with Nan bread, and just a fifth of one of these bread is 100 calories, while half a bowl of white rice is also a hundred calories. For the same amount of calories, you could have two-thirds of a small can of beer or about three-quarters of a glass of wine.

What Is The Use Of Barley

We could put it another way, and just say that a meal at an Indian restaurant has just wrecked your diet. According to one website, Thailand’s famous Pad Thai noodles is also just as calorific as an Indian curry, although it’s usually served without bread or rice. It could get worse though, you could go to an Italian restaurant and get the Fettucine Alfredo, which, in the USA at least, can be as much as 2,300 calories. A few strands would be equal to 100 calories.

This is why the Center for Science in the Public Interest once called it a “heart attack on a plate”. Maybe we should eat at home. For as little as 100 calories, we could have a 2-ounce portion of salmon. That’s not much, so we probably need to eat another 50 calories’ worth.

We need to cook that in olive oil, and 100 calories of the stuff should do the job. We already know we can have a baked potato and a knob of butter with that for few calories. Salt has zero calories, and let’s stick to the hipster variety of Pink Himalayan Salt. We’ll need more butter or oil to stir fry some asparagus, but that’s ok, because for 100 calories we can have about 33 seven inch spears of asparagus.

All this goodness for the same calorie intake as a couple of forkfuls of creamy pasta. With such a healthy meal we could even go for a dessert. A small portion of vanilla ice cream, about three-quarters of one scoop, is 100 calories. We could have two of those and still stay within the healthy meal parameters.

So, what’s your diet like? Do you keep a check on your calorie intake or do you eat what you want? Let us know in the comments! Also, be sure to check out our other articles! Thanks for reading, and, as always, don’t forget to like, share, and  See you next time!