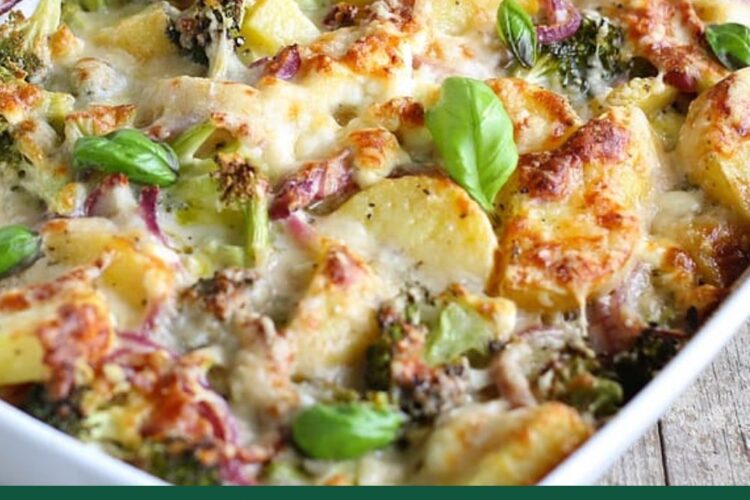 This dish is very healthy since it is mainly composed of tuna, which is a bluefish, which has proteins of high biological value and fat-rich in omega-3 fatty acids, which helps to lower cholesterol and triglyceride levels in the blood. and it makes the blood more fluid, reducing the risk of cardiovascular disease.

It also provides us with water-soluble vitamins (vitamins of group B stand out), fat-soluble vitamins (vitamins A and D stand out), and some minerals, highlighting phosphorus and magnesium. Vitamin A supports the maintenance, growth, and repair of mucosa, skin, and other body tissues. In addition, it favors resistance against infections and is necessary for the development of the nervous system and for night vision. On the other hand, vitamin D favors the absorption of calcium and its fixation to the bones, in addition to regulating the level of calcium in the blood.

How to Make Baked Chicken Drumsticks

It has a high purine content, which the body transforms into uric acid, being little recommended in those who suffer from gout or hyperuricemia.

The potatoes that we have added to this dish are very energetic, providing us with complex carbohydrates, being essential for the maintenance of blood sugar levels. Its high fiber content regulates our intestinal transit and prevents constipation. It also has vitamins (vitamin C), minerals (potassium, helping to regulate hypertension), and antioxidants, achieving a very complete recipe.

Tuna is well balanced which helps to manage the fluid balance in the body when your body properly maintains the fluid balance between salt and potassium then the kidneys can function properly and without undue stress thereby lowering the chances of developing serious kidney conditions.

Weight loss is a major issue faced by majority of people these days, we all like eating tasty food but also maintain a slim figure right!  tuna provides us good tastes while balancing our calories.

Since it’s low in fat content and rich in proteins and nutrients I health advantage of eating tuna fish is that it is full of the natural compound vitamin A which helps prevent vision related conditions such as night blindness and macular degeneration it can also aid in vision improvement vitamin A is known as retinol because it produces the retinal pigments.

The retina is the light-sensitive inner surface of the eye strengthen bones tunafish is also very beneficial in strengthening bones due to its source of vitamin D, this vitamin is known as the major component for the build-up of bones its benefits for the bones health can be demonstrated in the ability to keep the bones strong and healthy prevent the bone cancer and no fractures brain health making tuna a part of regular diet will help prevent cognitive decline and Alzheimer’s disease.

This is because omega-3 fatty acid prevents inflammation and promotes blood supply to the brain niacin present in tuna also plays an important role in delaying age-related cognitive decline and reduces the likelihood of contracting Alzheimer’s disease improve hormone insulin response tuna is also be consumed by people with type 2 diabetes because it’s omega-3 content is abundant various studies suggest omega-3 and tuna can prevent obesity and improve insulin response in the body.

Omega-3 fatty acids known as EPA is what helps regulate body weight and metabolism of the body to secrete the hormone leptin mercury and selenium balance there are some studies in which it have shown that fishes which have small amount of methyl mercury are not harmful for our health but if you consume mercury in large amounts then this can cause mercury poisoning which is dangerous and complicated also, there are some studies in which has shown that in tuna fish there is saline one in which is unique form of mercury this antioxidant which binds to mercury, which is making this element less dangerous promotes detoxification the high levels of omega-3 fatty acids and selenium found in tuna fish. 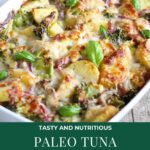 Beneficial for the following diseases, ailments and intolerances:
Obesity

Contraindicated for the following diseases, ailments and intolerances:

Preparation
1. Season the tuna fillets with salt and pepper and cut them into pieces.

2. Heat a pot with very little oil and when it is hot, we put the tuna and turn it around and around so that it is sealed.

3. On the other hand, we wash the vegetables, peel them, and cut them to taste.

4. Toss the garlic and the onion in the same pot where we have previously made the tuna and we go turning it until it is poached.

5. Next, add the rest of the vegetables and continue turning for a few minutes.

6. Next, add the fish stock and the tuna and let it cook for 30-40 minutes until the potato is tender.

7. Serve the tuna on a plate along with the vegetables and we have already prepared this tasty and complete dish.

You can remove or include other vegetables, according to your tastes.

Tuna fish plays a key role in the production of the antioxidant glutathione peroxidase this antioxidant is vital for maintaining a healthy liver which in turn promotes detoxification and the elimination of wastes and pox acceptances like chemicals and heavy metals cancer prevention it has selenium which is making the to know very good antioxidant food it can prevent some types of cancer there are some studies in which has shown that people who have consumed tuna fish have decreased chances of getting breast and kidney cancer but many studies should be done in future about this property.

It has selenium that will neutralize the free radicals in your body also there are some studies in which is said that tuna fish can reduce the risk of getting colon cancer because it has an omega-3 fatty acids blood circulation many people turn to tuna fish it is beneficial for the heart but people often forget that it is also very good for the blood tuna fish is a rich source of iron along with the B complex vitamins that play an important role in red blood cell formation without iron people become anemic another issue that many vegetarians and vegans face and their blood is unable to properly oxygenate the body’s extremities or vital organ systems that need fresh oxygen to function efficiently it provides that important source of iron.

Keeping our body operating at optimal levels warning do not go overboard tuna however and be careful of the quality of tuna you are purchasing consuming too much-processed tuna will put you at risk for mercury poisoning for purchasing fresh and unprocessed tuna fish so that the mercury count is low to none the cheaper the tuna the more processed it is which will reverse all of the health benefits listed above most canned tuna contains mercury so limit the amount you are eating if you are not able to buy it fresh every third day is recommended but do not eat canned and processed tuna fish every day.